On the Golden Eagle Across Siberia (Part XI) – To Vladivostok, and so the end of the line… 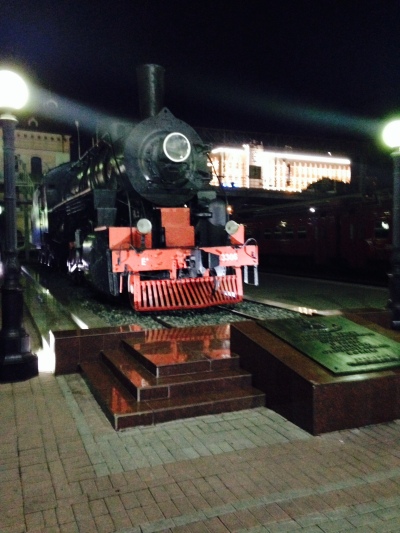 With Ulaan Baataar and Mongolia a pleasant memory behind us, the Golden Eagle continued towards Khilok, Chita, Mogocha, out of the taiga and eventually overnight at Khabarovsk.This gives us time to reflect on all that we have seen, discuss the lectures by Dan Healey and comment on the news headlines before reaching the Amur/Ussuri river junction towards the end of the line at Vladivostok.

The subject of Siberian exile and the Gulag inevitably comes up, in lectures and in conversation. Both Joseph Stalin and Feliks Dzierzhinsky (founder of the secret police) escaped from Siberia twice. On that overnight at Khabarovsk, we hear that a large statue of Stalin is still standing there and that there is nostalgia for the Soviet Union, which had seemed to offer stability after the more recent economic chaos from a rushed privatisation. Engineering delays on the tracks allowed us to study the subject further, with an additional lecture by Prof.Dan on the Great Patriotic War (WWII) and national memory, the central event in Soviet history.

Fear of chaos in this huge land has always been central to Russia’s history.The rise of Vladimir Putin is attributed to his skill in balancing the various competing clans. Ultimately his concern has been more with internal matters than external economics. Much is made of his choosing Siberia to celebrate his 2014 (62nd) birthday, far from the Kremlin and its factions, though local observers are heard to remark ” Why does Putin need friends when 85% of Russians support him ?”. American strategist Robert Kaplan has pointed out that if Putin were toppled, it would be quite possible that a more brutal dictator would emerge to forestall any possible chaos. He sees the breakup of Russia more likely than any emergence of Western-style democracy. It is interesting to realise that, if that were to occur, Siberia would still be the largest country on earth.

Dissenting opinions on the past are still expressed. Recently, award-winning Russian film director Andrei Konchalkovsky, celebrated for his epic film “Siberiade” (and whose father wrote the words to the stirring 1943 national anthem), explains during an interview at the Venice Film Festival, that “Marxism is a wonderful thought if you are sitting with a pipe by the fire, but Marxist ideals in Cambodia give you ten million chopped heads”. Statistics from 2013 estimate that the median household wealth in Russia is US$ 871  while, surprisingly, it reaches US$ 1040 in India. Someone appropriately quotes 19th century historian Vasily Kluchevsky who said “The state grew fat while the people grew thin”.

We already are in Eastern Siberia 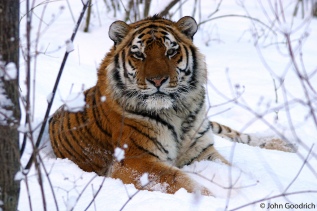 , land of the endangered Amur Tiger. There are less than 30 left in China and 400 in Siberia, some of which prey on bears. There is also an Amur leopard, though only about 45 adults remain in the wild. Earlier in 2014, Vladimir Putin released three tagged Amur tigers into the wild in this region. One, a male called Kuzya, made headlines by quickly choosing to cross the river into China, where local officials welcomed the event, promising that “if necessary, we can release cattle into the region to feed it” .Siberia remains in the news…

A final on-board Farewell Dinner, then it is time to prepare for the last stop on the world’s longest railway line, the once closed city of Vladivostok. The journey has been a tremendous survey of Siberia and Russia itself, an experience to savour for long, maybe even contemplate a return journey for a magical winter view. Certainly the words of poet John Keats ring true:

In London for the January 2014 Stanford Travel Writers Festival, I spoke with writer and traveller Nick Hunt about Siberia. He had recently walked from London to Istanbul, describing the experience in his latest book Walking In The Woods. He told me about French author Sylvain Tesson who had gone to spend six months isolated in a log cabin at Lake Baikal, equipped mostly with vodka, pasta and books. He outlined his thoughts in a memoir, “Consolations of the Forest”. Ah! Thoreau and his famous retreat at Walden, but on Stolichnaya !! Unbeatable !! 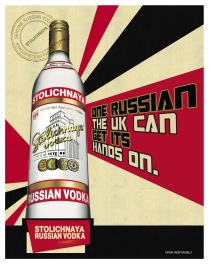